Where Did The Halloween Pumpkin Come From?

Where did the Halloween Pumpkin come from?

Pumpkin carving, it is perhaps the biggest tradition of Halloween. But it's not the first vegetable to be carved.

Long before pumpkin carving became popular, Celtic people in Ireland were carving turnips and lighting them with embers, to ward off evil spirits. This Celtic custom was the historical root of pumpkin carving. The Irish immigrants brought their tradition with them. Pumpkins are native to America. In those days, they were not found in Ireland. As Irish immigrants came to America, they discovered pumpkins. They quickly discovered that hollow, softer pumpkins, were much easier to carve.

Carving turnips dates back many hundreds of years, to ancient Celtic customs and traditions. This was commonly done on All Hollow's Eve, of which Halloween takes much of it's origin. Carving turnips never quite caught on in America.....thanks to pumpkins. But, you can try your hand at carving turnips for Halloween.

Did you Know? Rutabagas were also carved and lit to keep evil spirits away.

This was taken from http://www.pumpkinnook.com/ The pumpkin Nook is full of history and tradition surrounding Halloween. Want to learn about the largest pumpkin ever grown? Or do you want to learn about the largest pumpkin pie? There is so much fun information on this website. You can find recipes, jokes and riddles, fun facts. I have to warn you that they do sell somethings on this page as well. But I just skip over that part and enjoy all the fun stuff.

Happy Halloween everyone.
Posted by Miss Suzy at 11:50 AM No comments: 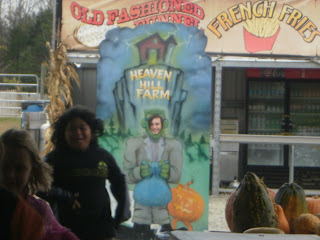 We went to the pumpkin patch today. What a great time it was. We got to meet a new homeschool family. We got to go on a hay ride. We got to spend the afternoon with friends. 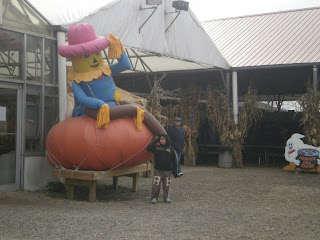 It was a really long drive to get to the pumpkin patch. It took us nearly an hour to get there. We were the first family from our group to arrive. Pretty soon a mom walked by with two kids who looked like they should be in school. She saw my son and I sitting there and decided to see if we were homeschoolers. We had a great time getting to know each other. We found out that our new friend was an accidental homeschooler. She didn't plan on homeschooling but some things happened that made homeschooling the best option for her family. A few minutes later another family from our group arrived. Soon everyone was there and we went off to investigate the place. 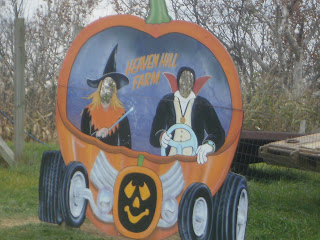 The first place we stopped at was the duck races. I don’t know what I was expecting. But it wasn’t what we found. There were a series of tubes that had hand pumps at each end. The kids had to pump the hand pumps to send the little rubber ducks across the tube. I think the kids could have spent the whole day right there. Until they saw the corn box that is. Imagine a sandbox only it was filled with dried corn. They had little dump trucks and graders in the corn box. Our kids had a great time playing in it.

Next we went on a hayride through the spooky forest. We saw graves and tombstones and haunted houses. Even a toxic waste dump. 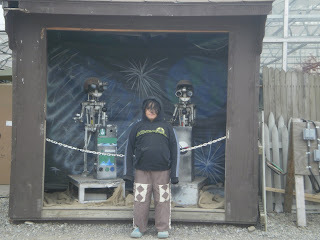 After the hayride we went to the corn maze. Before we knew it we had spent five hours at the pumpkin patch. It was time to pick out a pumpkin and go home. My son slept most of the ride home. He was totally exhausted.
Posted by Miss Suzy at 11:57 AM No comments: